Mike Ajnsztajn is the founder of both ACE Startups, a leading Brazilian tech accelerator and seed investor, and GVAngels, an angel investment group investing in Brazil’s early stage startups. He is an experienced Chief Executive Officer with a demonstrated history of working in the venture capital and private equity industry, and a leader in Brazil’s startup ecosystem.

There are 12,000 active startups in Brazil, most of which follow the SaaS business model and target the B2B segment. The southeastern region of the country includes the largest number of startups due to the majority of the economic representativeness within the city of São Paulo. But, there are also technological centers that stand out in the South like Florianópolis, and in the Northeast like Recife.

The main challenges that Brazilian startups face are the lack of talent and the high tax burden or bureaucracy in legal aspects. Brazil already accounts for most of Latin America’s investment, about US$1.3 billion, and is increasingly attracting the attention of large international funds.

Brazil currently has nine unicorns, most of which operate in the B2C segment.

Startup engagement is a very relevant trend going on right now with Brazil’s large corporations. There are currently over 140 active startup engagement programs, and half of these programs are accompanied by startup investment funds. Initiatives to support entrepreneurship are emerging and access to entrepreneurial education is increasingly being incentivized.

Brazil has 9 active unicorns in the ecosystem, including Nubank, Fifth Andar, 99, Stone, Gympass, among others. These startup unicorns actively contribute to the emergence of the next generation of entrepreneurs in Brazil.

Editor’s choice of the industries with the most potential for technology disruption and growth.

AgtechBrazil is a global leader in the production, exportation and importation of crops such as sugarcane, coffee, soybeans, wheat and corn. Agribusiness represents 25% of Brazil’s GDP and is currently going through a technological transformation due to the startup ecosystem.
FintechDigital banks have increasingly gaining momentum in the Brazilian market, growing at an average rate of 147% per year, This growth is driven by a large concentration of banking within large banks, and the fact that a high percentage of the population does not have access to traditional banking services. Other attractive fintech segments worth following include loans and insurance.
HealthtechThere’s a massive opportunity for disruption and growth in the Healthtech industry because of the inefficiency of a public system that cannot meet the high demand and concentration of the pharmaceutical industry and hospitals. New technologies are being developed to increase both operational and financial efficiency.

Editor’s pick of which ‘Featured Startup’ is especially worth following and why. 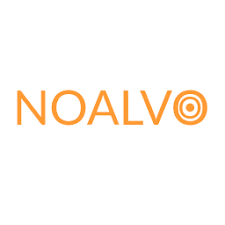 Adtech
São Paulo
NOALVO was born to help media professionals not to lose their nights of sleep, from media planning, negotiation and buying, to campaign execution. It deals media with multiple vehicles at the same time throughout Brazil and strives daily to bring media options to small and medium advertisers who previously had no access to them. Clients only need to create campaigns and then track the results.

Editor’s perspective of the maturity level of talent in the ecosystem.

Interested in becoming more involved in this ecosystem and connecting with local ecosystem leaders? Let us know.

ACE Startups (Sao Paulo): Former startup accelerator, now seeks to invest in early stage startups, from seed rounds to series A. Since 2012 it has had 14 exits.

Canary VC (Sao Paulo): Canary VC is a seed stage fund that trades 10-15% equity for investments in tech companies that are at a critical juncture in their growth. They focus on the vision of the entrepreneur and the strength of the starting team as they select their ventures. (Source: Nathan Lustig)

DGF Investimentos (Sao Paulo): This Brazilian venture capital firm focuses on small- to medium-sized enterprises in the Brazilian technology market. They have already made over 40 investments, with several successful exits. (Source: Nathan Lustig)

Monashees+ (Sao Paulo): Monashees+ is a global venture capital firm based in São Paulo that invests in innovative entrepreneurs at the early stages of their ventures. Their portfolio includes companies that are improving people’s lives through tech, such as Rappi, VivaReal, and Petlove. (Source: Nathan Lustig)

Valor Capital Group (Rio de Janeiro): Valor focuses on US/Brazil cross-border opportunities and is based in New York, Menlo Park, and Rio de Janeiro. They look for early to late-stage US or international technology companies seeking to expand to Brazil, as well as Brazilian technology companies. Valor Capital Group companies solve the problems that face the middle class, especially in the fields of education, financial services, and health. (Source: Nathan Lustig)

InovAtiva Brasil (Country-wide): InovAtiva Brasil is a free program that has nurtured over 540 startups funded by Ministry of Industry, Economy, and International Commerce, and the Brazilian Support Service for Micro and Small Enterprises (SEBRAE). (Source: Nathan Lustig)

Startup Farm (Sao Paulo): This is the biggest and most active startup accelerator in Brazil with over USD$100 million in captured investments and a portfolio of over 250 startups operating in 110 countries. Sponsored by Visa and IBM, the Startup Farm operates out of Google’s São Paulo campus. (Source: Nathan Lustig)

ABVCAP: The Association for Private Equity and Venture Capital of Brazil is a non-profit focusing on venture capital and private equity in Brazil, raising industry standards and promoting global best practices in Brazil. ABVCAP is one of the only VC initiatives by the Brazilian government after the country suffered heavily in the 2008 financial crisis. The organization strives to facilitate relationships between international and local investors. (Source: Nathan Lustig)

Start-Up Brazil: Based on the Start-Up Chile model, this incubator program is a project by the Brazilian Ministry of Science, Technology, Innovation, and Communication that partners with local accelerators to help bring startups through the phases of development and lasts 12 months. (Source: Nathan Lustig)

Santander InnoVentures leads US$5 million investment in a55

Brazil’s President vetoes use of fintechs to distribute emergency aid

Share this byKatie TincelloMay 29, 2020No comments1 minute read LatamList – President Jair Bolsonaro vetoed a government bill that allows the use of fintechs for the […]
May 29th, 2020
Brazil, COVID-19
Contxto

Accountfy raises US$6.5 million with Redpoint eventures and HDI Seguros

Stone acquires healthtech Vitta and invests in 3 other startups

Fashion startup, houpa, is in vogue with investors, raises US$2.3 million

Escale buys Cobmax, proving CX is more important than ever

Share thisDon’t worry, we speak : Español (Spanish), too! Contxto – Brazilian-founded Brex raised an investment for US$150 million as an extension of a previous Series […]
May 26th, 2020
Brazil, COVID-19, Investor, Startups, Talent
LatAm List

Share this byKatie TincelloMay 26, 2020No comments1 minute read LatamList – Dozens of companies ranging from healthcare to logistics and payments have come together to create […]
May 26th, 2020
Brazil, COVID-19, Payments, Startups
Contxto